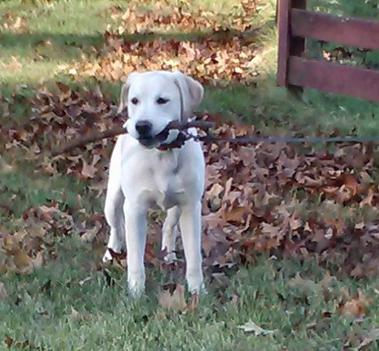 Tank lived in the Bland Prison Facility until he was 9 months old for his initial training. 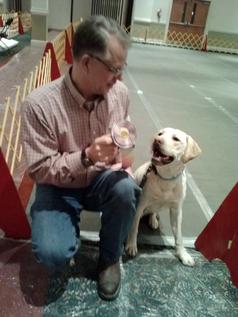 Tank with his St. Francis Puppy Raiser. He loves going there for visits since he came back home! 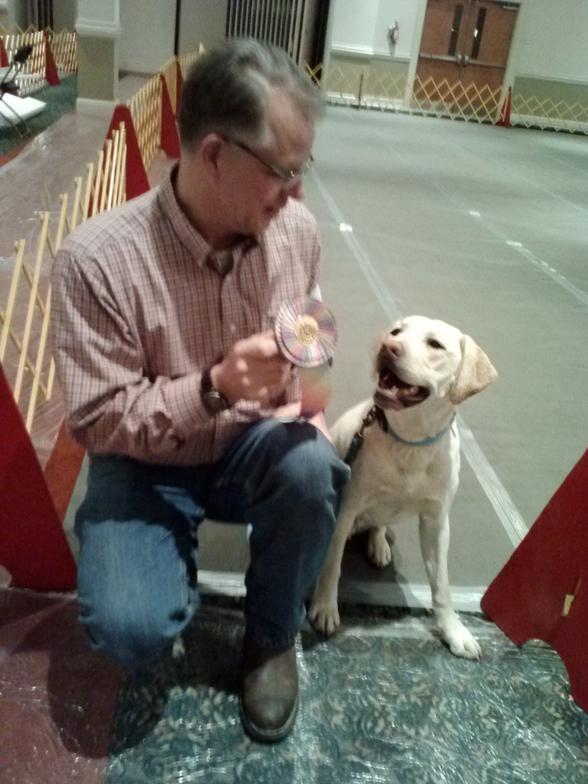 Tank only entered three trials to earn his RN Title. AND he won 2nd place during his FIRST Rally trial and ribbons during all others. What a wonderful achievement! Congratulations to both Tank and Mark! 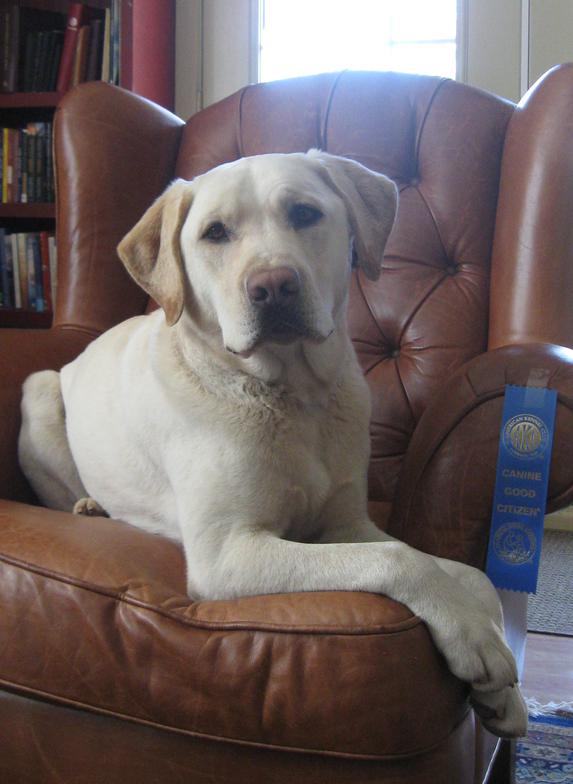 Catoctin Kennel Club, Maryland: Tank earned his A.K.C. Beginner Novice Obedience Title AND two legs of his Novice Obedience Title!.Second and third place ribbons to boot!
"Tank"- AKA Growley II
Canine Ambassador for the Corps of Cadets
at Virginia Polytechnic Institute and State University
Tank was placed with Virginia Tech on 8/28/2016 and lives on campus at Pearson Hall with his new handler.
Read More.....
Tank was born 4/25/2013 in our home as the son of our Bella and Tealwood's Hit Me With Your Best Shot, Buddy, who added an impressive pedigree of good temperament and soundness as well as proven ability in both conformation and performance to his background. Identified as a service dog prospect at age 7.5 weeks we donated Tank to St. Francis Service Dogs, Roanoke, VA in Honor of Ms. Linda Perdue. At 15 months of age he decided that he had enough of service work and wanted to come home. We quickly adjusted him to normal family life on the farm and started his formal A.K.C. performance and Pet Therapy training. Tank is a litter mate to our girl Meadow.  and a brother to JoJo the Service Dog.
Mark says that Tank is the BEST dog he has ever had and they did everything together. He is a strong retriever and aches for any body of water! When it was movie night at our house, he readily crawled into Mark's lap and cuddled up so he could have a good comfortable seat! A-Million-Thanks go to the team at St. Francis who have done an outstanding job of teaching him fabulous manners!
Health Clearances:
PennHip: 90th percentile!!!!!!
Neutered: at 1 year of age
A.K.C. Canine Good Citizen Certification and Advanced:
He completed his CGC at 23 months with total ease! Shortly thereafter he obtained his advanced designation.
A.K.C. Rally Novice Title:
He earned this Title along with award ribbons by entering just three Trial legs at age 20 months!
A.K.C. Rally Advanced Title:
He took first and second place award ribbons while earning all his Rally Advanced legs at 26 months.
A.K.C Rally Excellent Title:
Earned his title with placement by entering just three Trial legs.
A.K.C. Beginner Novice Obedience Title:
He already earned two legs being awarded two first place ribbons in his classes with scores of 194/200 and 198.5/200! Finished his final leg with third place in his class.
A.K.C. Companion Dog Title:
Earned his title with second place in his class and two third place ribbons!
Registered Pet Therapy Dog:
At 28 months he passed his Pet Therapy Evaluation with his handler Mark,  and attained a COMPLEX rating! He routinely visited at Carilion Hospital and  with the children at the Minnick School. 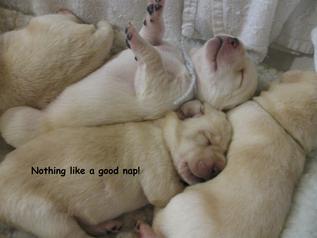 Tank on top off the pile at a very young age!

Tank with his handler, Mark, earned two legs of his Beginner Novice Obedience Title while awarded TWO FIRST Place Ribbons in his class with performance scores of 194/200 and 198.5/200. WOW!!!
A Special Blessing and Send-off by St. Philip Lutheran Church with Pastors David and Kelly Derrick.

Tank trying out DOCK DIVING...he had a BLAST!!!
A visit with Tank at VT. It was
so good to see him again!
To see more pictures of Tank as "Growley II"
Click Here to connect with his INSTAGRAM account the Corps of Cadets set up for him:
www.instagram.com/VTGrowley/ 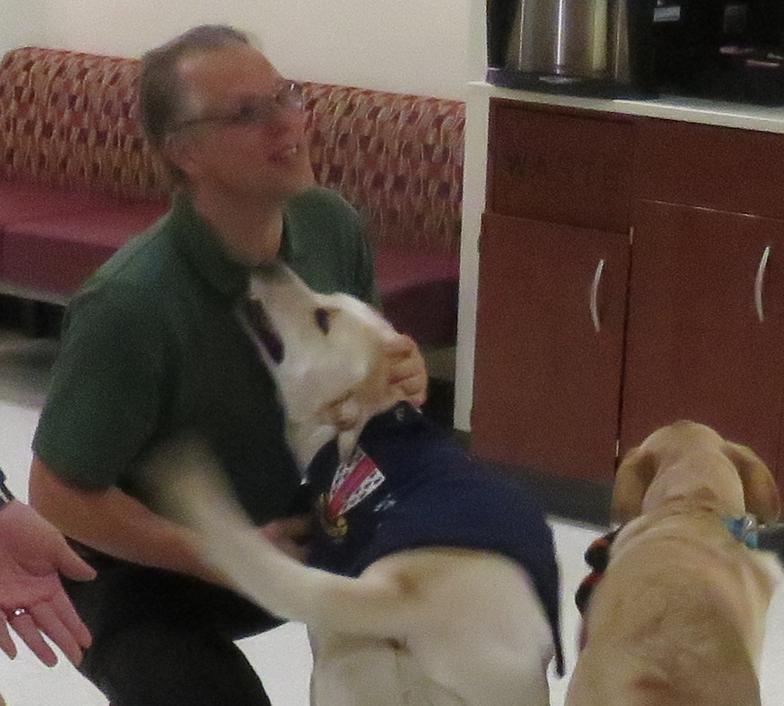